Super Bowl LVI is coming up next weekend and it’s no secret that there is value in advertising during the “Big Game.” This year, the Super Bowl will be broadcasted on NBC and the network has reportedly set a record-breaking $6 million price tag for a 30-second commercial spot.

This is a great (if not the BEST) opportunity to reach a mass amount of people. So, every year businesses seek ways to stand out among their competitors. Although Super Bowl commercials are entertaining, so are the interactions that go down on social media before, during and after the game.

The Super Bowl in 2020 allowed Facebook, Instagram and Twitter to collect 43.9 million total interactions – before TikTok was as prominent as it is now. Let’s look at some fun social media posts showcasing businesses using the Super Bowl to promote their brand.

This first example comes from Ottawa Public Health, who jokingly tweeted a ‘Congratulations’ post before it was complete and ended up gaining mass attention for it.

WHAT AN AMAZING #SuperBowlLV!! Congratulations to the (*Bruce, make sure to put the winning team's name here)

Thanks to everyone who stayed home & watched the game w/members of their household. We know this wasn't the usual way to enjoy the game, & we thank you for your efforts. pic.twitter.com/gKD53I2bB9

PetSmart had a fun way of getting pet owners engaged online by encouraging people to show off pets supporting their team before the game.

Oatly had one of the most talked-about commercials in last year’s Super Bowl and they decided to take it further by humorously responding to comments online. 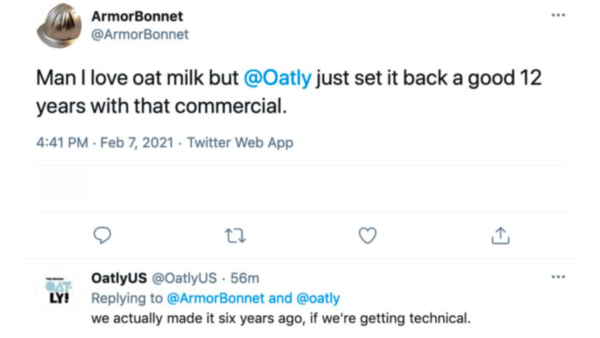 No matter what your approach is, if you’re running social media accounts, take advantage of events going on and use those as opportunities to get people to engage with your brand online. So…who will take home the trophy for best social media engagement during this year’s Super Bowl? 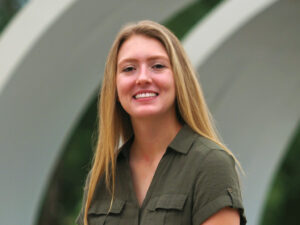 Alexa is always eager to take on new challenges and learn all that she can about marketing. With her degree in business and interest in digital and social media marketing, she works to elevate her clients’ online presence.